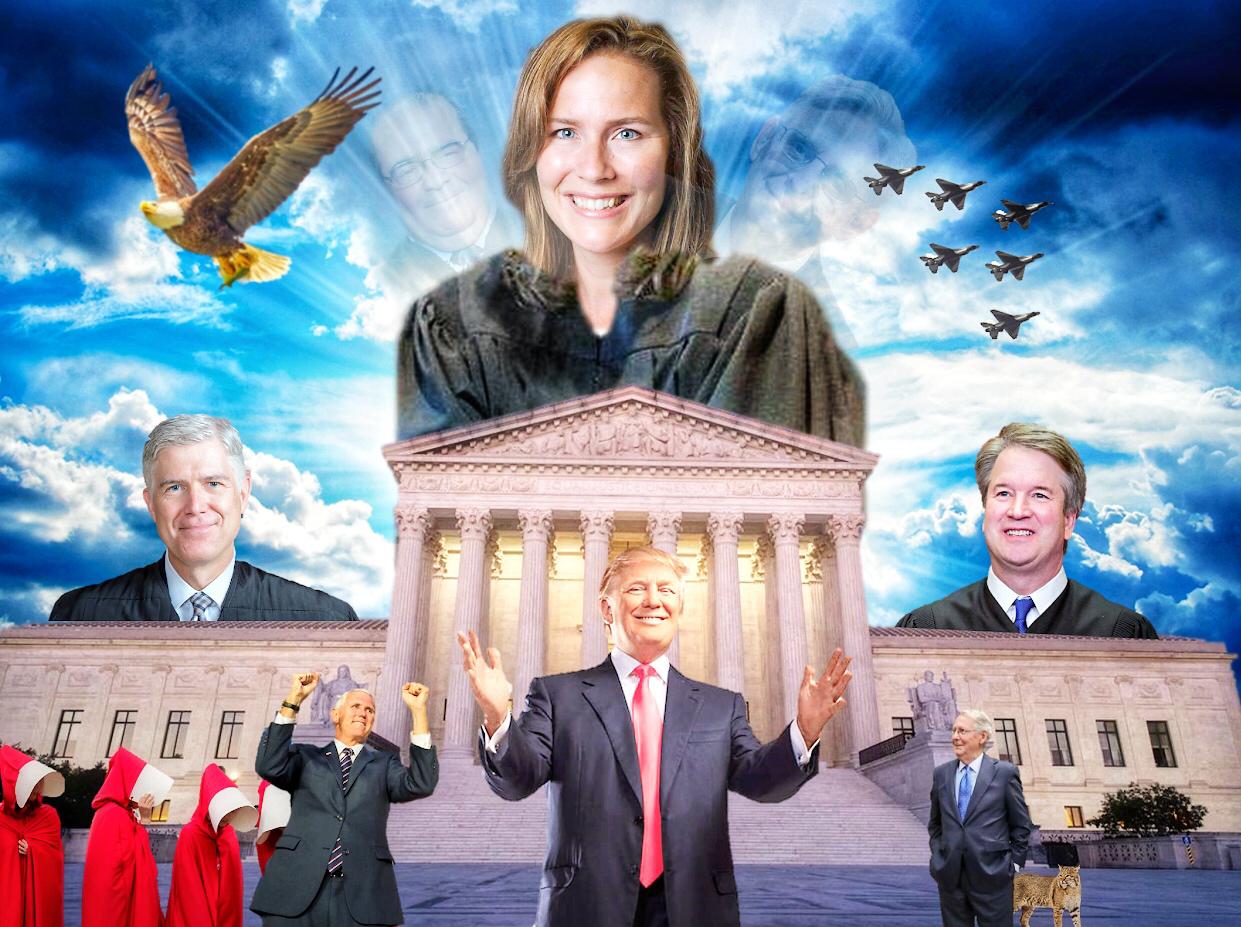 I love the souls of Scalia and Garland looking down from heaven. Borrowed from @ComfortablySmug

Merrick Garland’s dying wish was that a smokin’ hot babe one day be appointed to the Supreme Court and I think we should honor that wish.

My impressions of the hearings are:

Question: Why are the Democrats not accusing Barrett of rape, their standard M.O.? Possible answers (not mutually exclusive):

Could this appointment be the high water point of the conservative push to take over the Supreme court, a push which goes back to the 1980s? A determined Democrat Congress and President could pack the court, at which point Republicans would vow to do the same, and the Supreme Court ceases to be a meaningful institution, leaving an already weak Congress and powerful Presidency. Court packing would be a major step towards Presidentialism.

Assuming a Barret confirmation, what will the SCOTUS look like? The ideological split will be:

This third group will ensure that the left always wins on sexual revolution, and the right always wins on the free market, in the hope that one side or the other does not blow up the court. This Roberts / Gorsuch approach might be fighting the last war, as Critical Race Theory cases are probably coming up around the corner.

In the end it is all about abortion, not the ACA or anything else Dems throw around. The problem with overturning Roe v Wade / Casey v Planned Parenthood is that it forces state legislatures and Congress to deal with the abortion issue in a way that implies real-world effects.

Abortion is essential because no form of contraceptive is 100% effective at preventing pregnancy, so abortion is needed to completely control reproduction. If one cannot guarantee complete control of reproduction the result would be more children, more stay-at-home mothers, and less disposable income. Kicking the issue to the states and Congress would force America to notice how much our economy depends on killing.

← What to make of the polls?
Trumpism is here to stay →